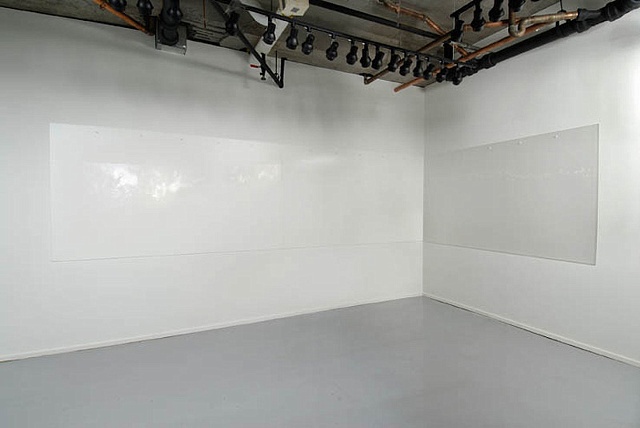 Drawn on transparent and frosted Plexiglas, my works are as much a commentary on the nature of image-making and reading visual symbols as they are about the iconic images of natural and man-made destruction. Made with pointillist precision allowed by the fine tips of enamel paint markers, the surfaces of my predominantly white on white drawings are ephemeral skins, meant more to be sensed through the fingertips than through sight. It is this delicacy when juxtaposed with the violent nature of my motifs --- a tsunami wave, a forest fire, or an implosive plume --- that lends my work its disquieting aura.

At the core of my work is a challenge to the viewer to detect the fugitive image that flirts with recognition. The black sheen of S.S. Iceberg, 2006, recalls the quiet danger that loomed out of sight in the still waters of the North Atlantic on the fateful night the Titanic sank. But contemporary, manmade disasters involving culture’s layered relationship to the natural world also preoccupy my current works. In Giant Bamyan Buddha, 2007, the cave-like image of gaping nothingness references the destruction of centuries old monumental Buddhas carved into the sandstone cliffs of central Afghanistan by the Taliban in 2001. Tsunami, 2007 is a whisper of an image, heavily worked and hardly touched. At 20 feet in width, this drawing is both a memorial to the nations surrounding the Indian Ocean and a marvel at the immense forces of nature. Aladdin Arises Anew, 2008, stills the spectacular plume of the Aladdin Hotel in Las Vegas as it is imploded to make way for new. My work asks the viewer to embrace phenomena and spectacle when one is confronted with the terrific forces that scatter our most precious icons into the wind.